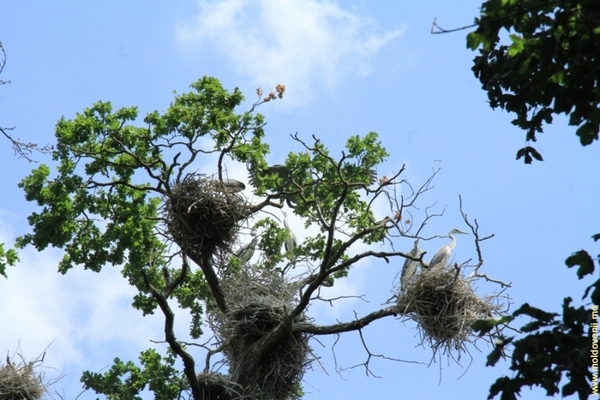 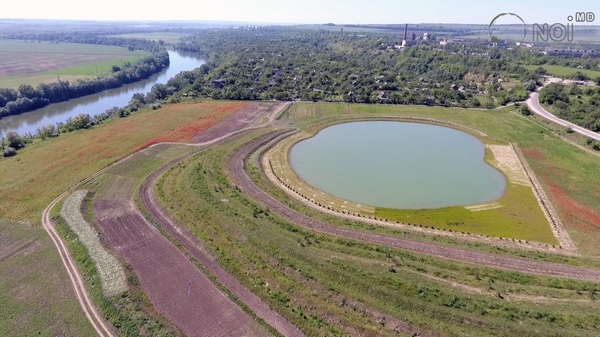 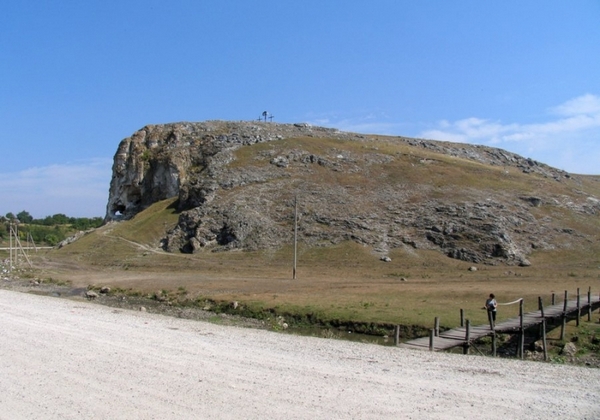 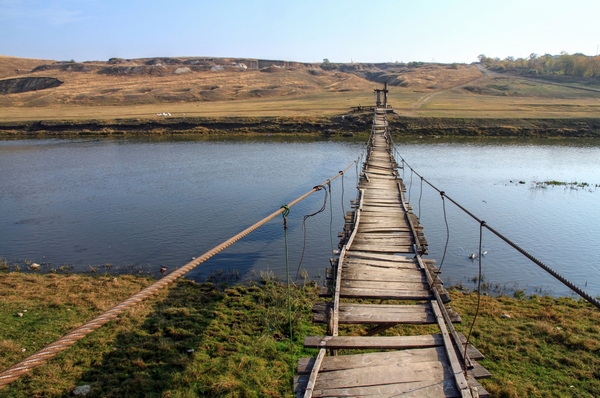 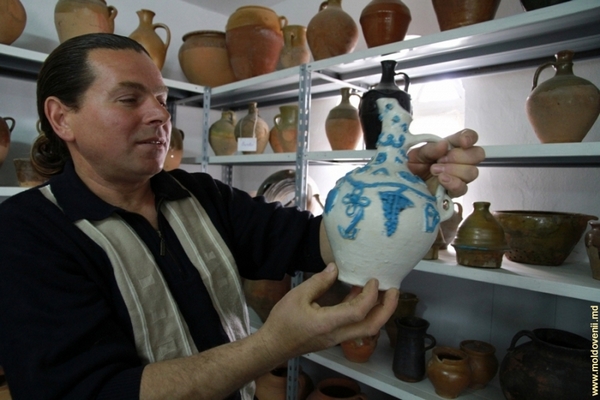 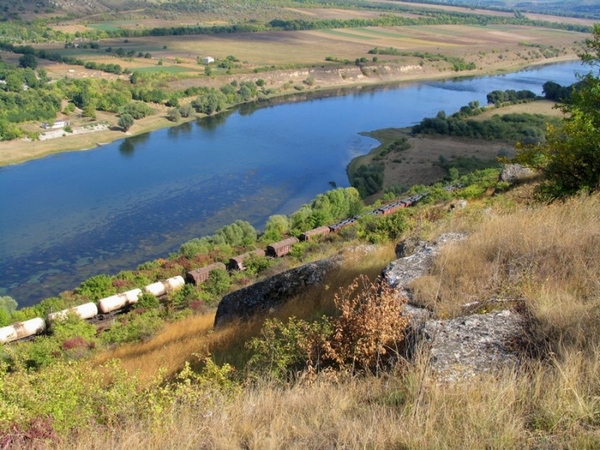 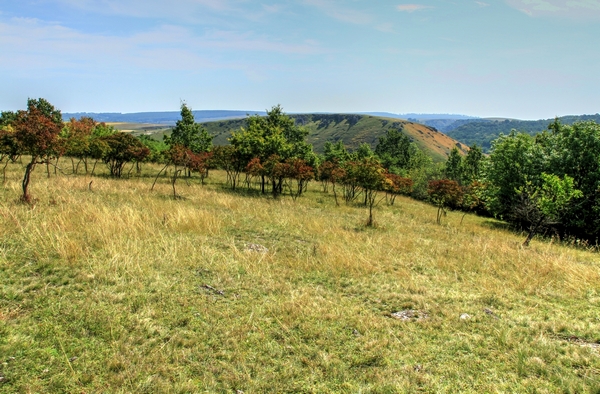 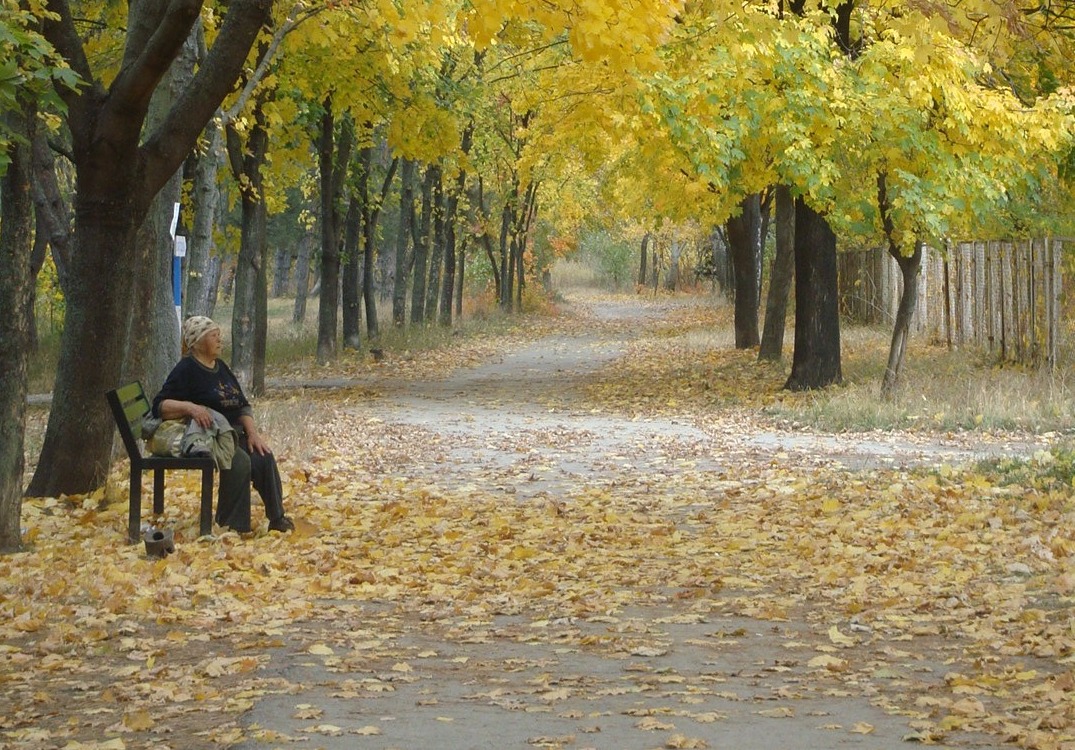 In a review article, which is intended to give a general idea of natural originality of the Moldavian land, it is appropriate to point out some fundamental aspects of this vast topic that is described by many different sciences. These are physical geography, paleontology, archeology, climatology, botany, zoology, ecology, soil science and other more narrowly specialized sciences. Therefore, we’ll try to confine ourselves to the geographical and partly geological peculiarity of the region, description of the climate, overall description of the relief. We focus on the distinct diversity and originality of those traits of Moldova, which for a long time have attracted the attention of all who visited the land in the past, who explored it, who contributed to the description of the natural wealth of this land. The authors intend to draw attention to the exceptionally favorable opportunities for development of mass tourism in Moldova not only for foreigners, but especially for the citizens of the country. That is why, speaking of the natural traits, we will often point out features that are unique and inimitable, which give us a reason to be proud of our country, to admire it and most importantly, to know it better, protect it and multiply its wealth for our descendants. 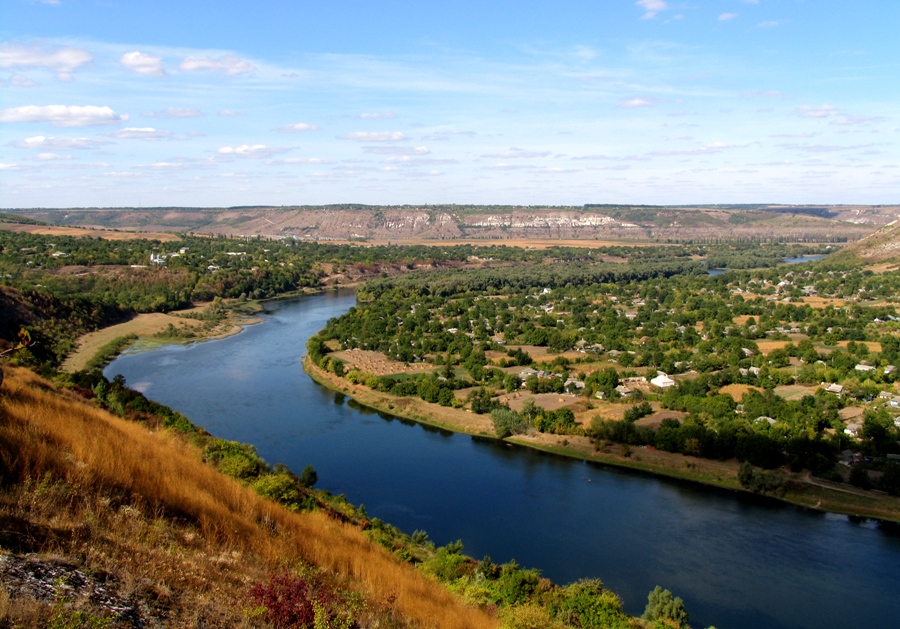 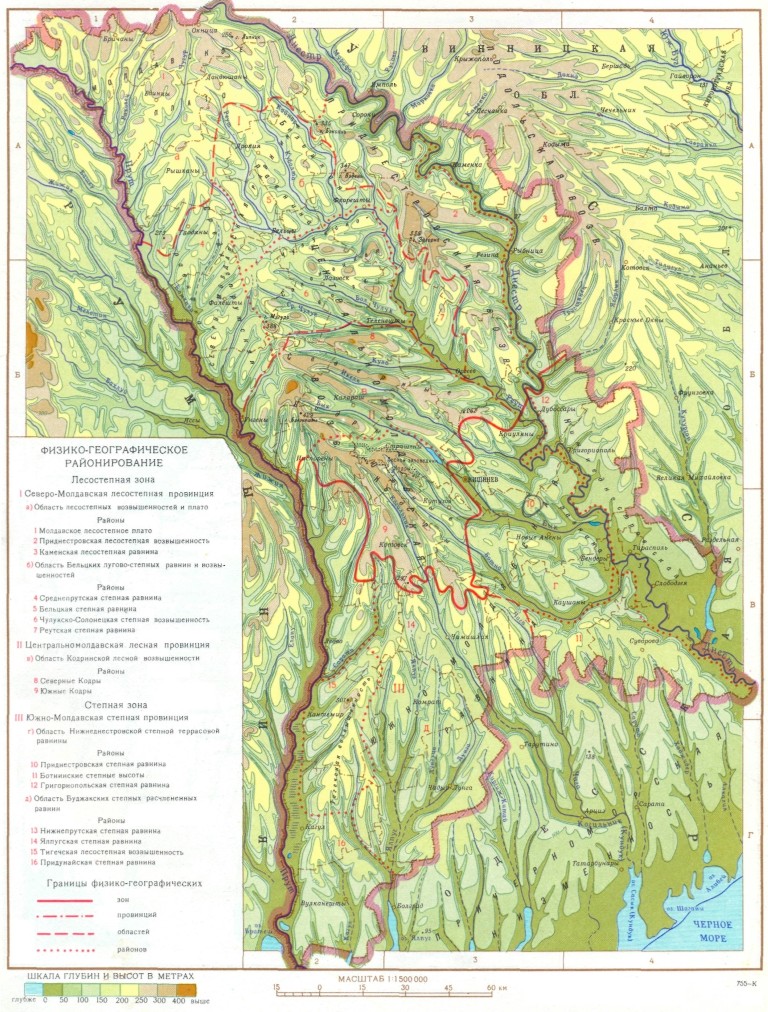 Geographically, Moldova is located between two rather large and ancient rivers – the Dniester and the Prut, which begin in the Carpathian Mountains.  The north of Moldova is a continuation of the so-called Russian Plain; the north-east part is formed by the foothills of the Volyn-Podolsk Upland; south of the country is in a zone of the Preddobrudzhskiy hog, that extends from Romania to Bulgaria. In addition it should be said that in the past, the whole area, including present Ukraine, Moldova and the North Caucasus, was the bottom of two ancient seas: the Tortonian, which disappeared tens of millions of years ago, and the Sarmatian, which retreated about 5 million years ago. As a result, almost all territory of the republic is formed from sedimentary rocks and marine sediments. The amazing fact is that while traveling through Moldova, especially in the central and northern parts of it, you can see constant change of hills, valleys, ravines, giant gullies and slopes, which resemble petrified and frozen marine shafts.

Part of the north of the country is occupied by the North Moldavian Upland, the second highest upland after the Central Moldavian one. Reef ridges or toltras, which begin in Ukraine, where they are called medoboras, stretch through a number of the northern districts from the north-east to south-west. These ridges are especially pictorial and expressed in the approximation to Prut in Edineţsky, Brichansky, Rishkanskyi, Glodyansky districts. These ridges intersect valleys of nowadays small northern rivers in many places, forming the most beautiful, unique canyons. We will try to describe the most interesting facts about them in corresponding articles. Moving to the south the North Moldavian hill turns into steppe zone called Balti steppe. 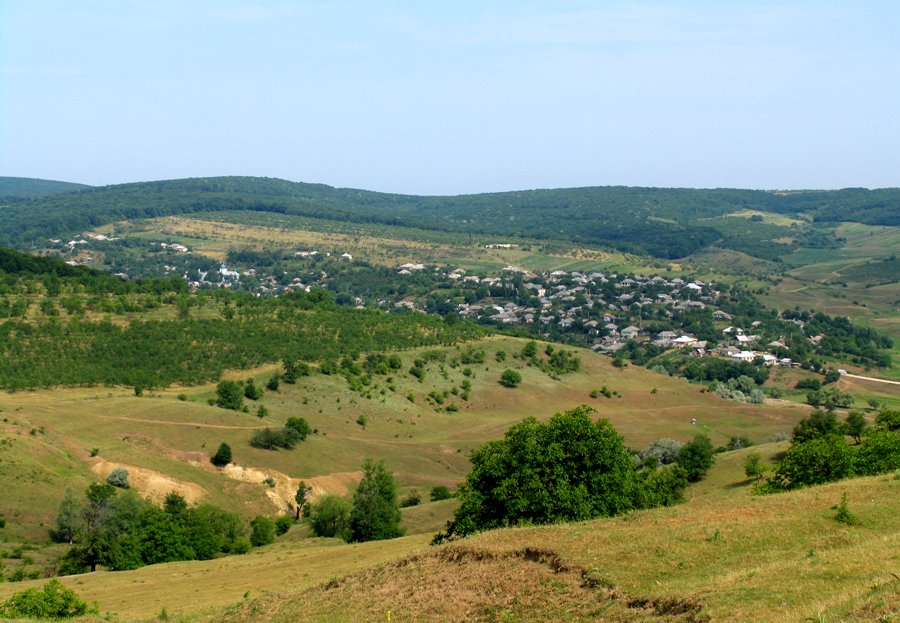 The central part of the country is formed by the Central Moldavian upland or Kodras, occupying slightly less than 15% of the territory of the country; the major forest wealth of Moldova is concentrated here. The forestation of this zone does not exceed 50%. Here, in the Balaneshti village (Nisporensky district), is the highest point of Moldova (429.5 m). It has a particularly amazing variety of landscapes, sharp change of terrain, rich flora and fauna. Here are also two of the largest natural reserves in the Republic.

The south of Moldova belongs to the steppe zone, the so-called Bugeac steppe. Here, along the Prut, is a very picturesque Tigechskaya Upland with partly saved gyrnets forests of oak and the Nijniy Prut natural reserve. The largest lake in Moldova is Beleu lake in Leova district. The left bank of the Dniester is occupied by the Nizhnednestrovskaya Plain with ideally flat terrain. 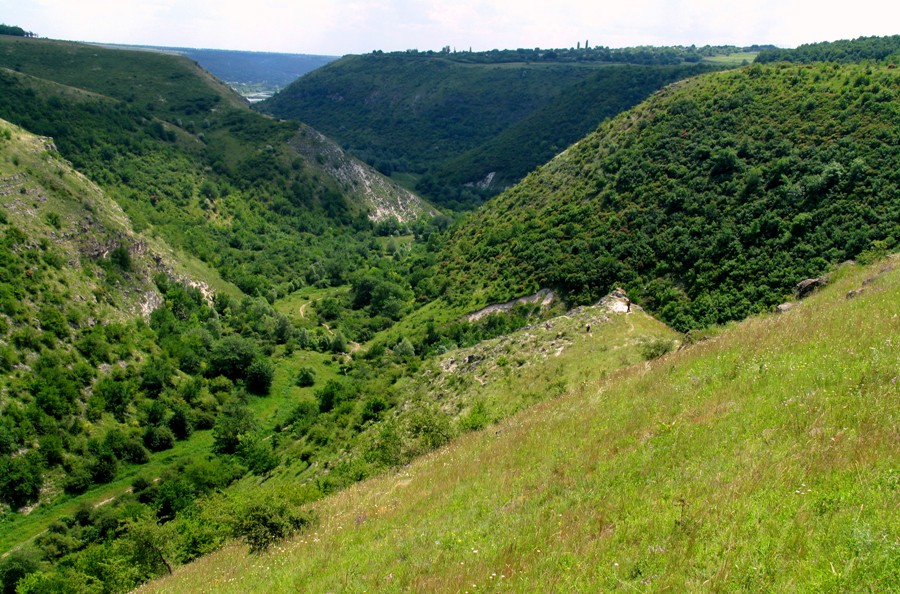 The coastal regions of Moldova should be especially noted, particularly those along the Dniester and the Prut rivers and along the course of the third longest ancient river of Moldova – the Raut, which is especially picturesque in Orgeevsky district. The above mentioned areas of Moldova are very beautiful and rich from the natural, cultural, historical and landscape points of view. And if along the Prut, we often see the wealth of flora and fauna, the coast of the Dniester amazes by wealth of geological, paleontological and historical curiosities. We should also take note of the two largest reservoirs – one of them is the Costeshskje reservoir, along the Prut river, and the other is Dubossarskjy reservoir along the Dniester river. These zones, besides their economic importance, are conservation areas; they are close to great nature reserves, which have attracted tourists for a long period of time.

A small addition to the above is the rich ethnic diversity of the peoples of this land. Rarely in the world can be found such a variety of ethnic groups, which account for over 25% of the total population on a very small territory (just over 33 thousand sq. km.). Moldova is very diverse. Traveling through our small country (350 km from north to south and 150 km from west to east) you will be amazed by the change of landscapes, alternation of ups and downs, rich vegetation, abundance of natural monuments (there is more than 500 of them now), its soft and warm climate, which, however, differs quite a lot between the north and the south, due to step relief structure, which descends from north to south. 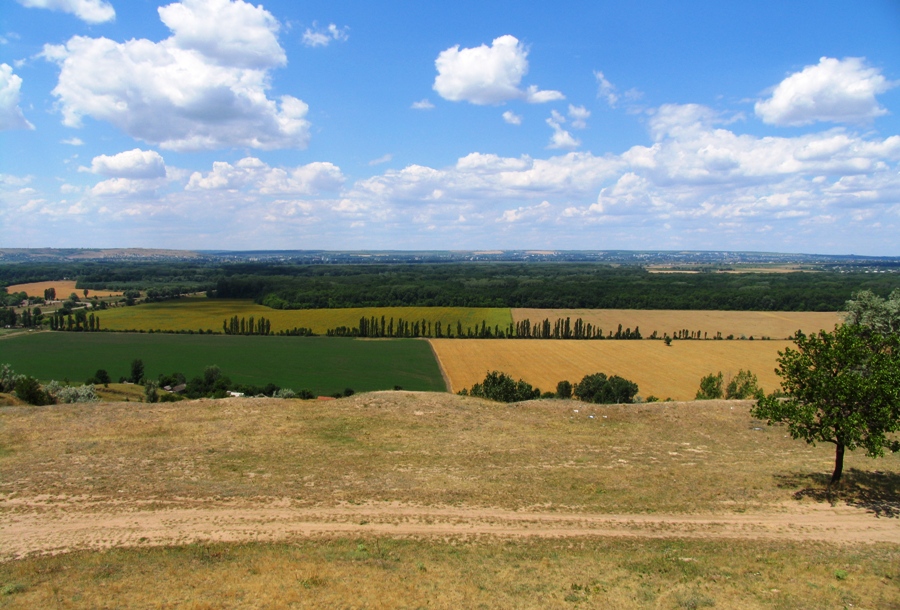 While traveling to certain areas of Moldova, it is impossible not to think that you are in a mountain country, no wonder some of the natural attractions have been called the Moldavian or the Bessarabian Switzerland since the ancient times. And this is despite the fact that there are almost no mountains in the republic. The impression is created by abrupt change of heights and mountain serpentine roads, such as in Hancesky, Unghesky or Kalarashskiy districts. But Moldova is especially beautiful in spring, when the gardens blossom, or in late autumn, when the riot of colors is simply mesmerizing. You cannot be bored while travelling in this country.