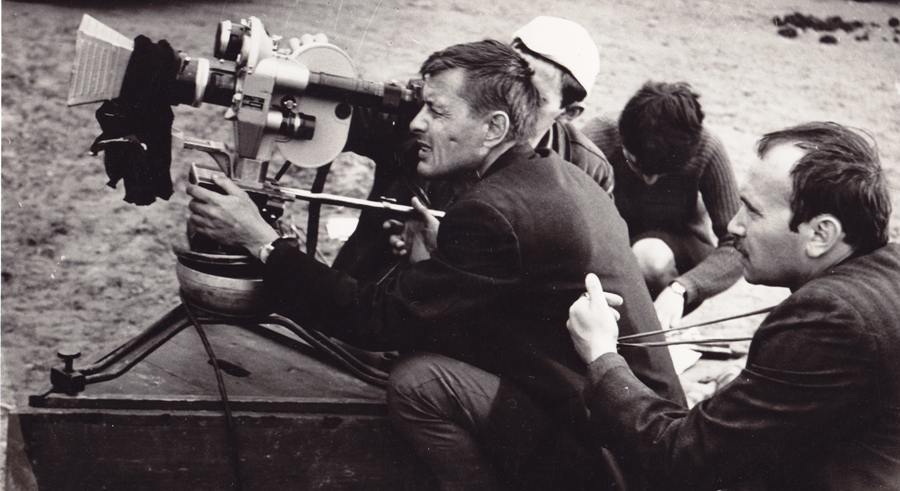 Cinema is one of the youngest traditional arts in the whole world. Back in 2010, it just turned 115 years, while, for example, music is known to mankind for thousands of years.

Cinematography is a complex form of art, a synthesis of several types of artistic values. It cannot exist and develop as a separate art form without using modern technologies. Centuries had passed before filmmaking became technically possible, before electricity, optics, a device that is capable of recording and moving pictures and then playing them on a screen was discovered or invented.

That is why, only just at the turn of XIX-XX centuries a group of engineers from France Auguste and Louis Lumière and from the U.S. Thomas Edison almost simultaneously filed a patent on a film camera that could display a moving image on the screen. The Lumière brothers still were slightly ahead of Edison, having demonstrated to the public some filmed images. However, in the first decade after the invention of the camera no one presumed to consider cinema as an art. Even the "founding fathers" of cinema - the Lumière brothers - did not realize what a powerful impact on the audience their invention had. They considered it a simple toy that can capture the most important events in the world (earthquakes, fires, floods, etc.), so these disasters could be demonstrated in the cinemas later.

Cinema industry developed rapidly. In 10-15 years, it spread all over the world, not only as a technical achievement, but also as a true art. The fast development of film industry was possible because of the wide experience gained in the sphere of creativity. Cinematography took the words from literature, theater drama's and performing arts, the composition and secrets of the transitioning images were developed overtime.

All of that was embodied on the screen. Cinematography happened to be "an excellent student", that not just learned the laws of other arts (picture composition, acting, power of words (dialogue), beauty of image and true magic of music), but in such a short time was able to become a new type of art inspiring people all around the world. The editing, the dramaturgy of color, the use of new musical instruments and equipment made it possible to create images that couldn't be created in traditional art forms: computer video and audio effects (changing the voices of actors; reversing the video and slow motion, etc.) Of course, this did not happen in one day or even in one year. After 20-25 years, such experts of cinematography as Georges Méliès and Max Linder in France, Mack Sennett, Charlie Chaplin, David Wark Griffith in the U.S., Sergei Eisenstein and Dziga Vertov in Russia emerged and started filling the treasury of cinematography art.

Finally, everybody (not only ordinary viewers, but also famous art experts) acknowledged the princess in yesterday's Cinderella. Cinema took pride of place among other traditional arts. No one even remembers the timid steps of cinematography in the early XX century. Then television came into existence, an inclusive and more influential art than cinematography. If the cinema is called the art of millions, the TV can be called the art of billions.

On the other pages of our website, we present you a more detailed description of the features of these art forms.