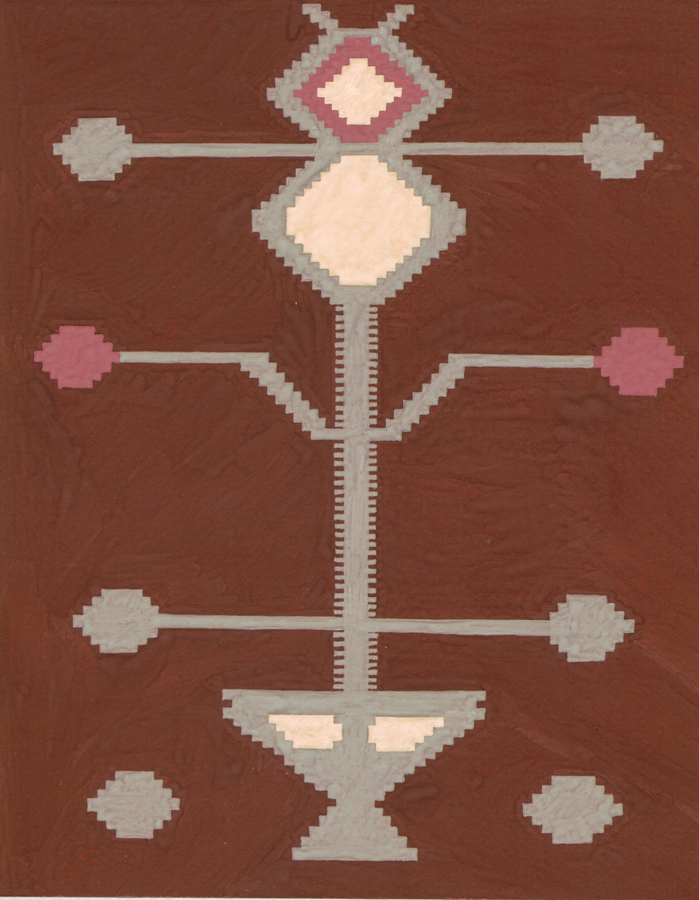 The process of object ornamentation is a form of artistic reproduction of human nature (physical, social, spiritual) with the help of art, usually in a simplified manner. Ornaments are key features of cultural identity, a method of aesthetic creation.

In folk art, where the names of the masters are often unknown, ornamental motifs have been selected for centuries, and perhaps millennia, becoming a treasure of collective creativity. Decor is always organically related to the object's destination, the primary material is raw and technique of creating varies depending on the skills and social status of the creator, the stage of the society development, geography and demographic structure of the population. Sometimes hidden sacred forms appear in the ornament motifs associated with ancient symbols of the nation and its origins. They are handed on from one generation to another. Thus, traditional ornamental patterns are an ethnographic document of great importance, just like language, music, folklore. National ornaments are considered to be a mean of communication between the generations.

Many decorative forms of ancient times show an understanding of beauty of our ancestors. They are of a great importance as "signs" having a specific meaning. They are symbols associated with certain beliefs, legends and myths of ancient times, which lost their original meaning and acquired a new content.

Throughout the development of the arts and crafts of every nation any sort of interaction between the neighboring ethnic groups can have a dramatic influence on the process. In folk art there can be found universal, national and local ornamental motifs.

There are specific features that form national style, which is stands at the basis of national culture, in folk ornaments, folklore, language, music, etc. By studying the decorative ornaments of the Moldavian folk art we can observe the process of evolution of many ornamental forms in the different historical stages.

Genres of art have the same style that forms the specifics of artistic thinking and culture. For example, if you study "the pattern" of movements in the dance, you can find it very similar to the ornaments of costumes, fabrics, wood carvings and ceramics.

In folklore the specific features of decorative art are clearly visible. We can for example say that the type of the folk ornament used in specific items depends on several factors: the raw materials used and the technology of décor creation, the purpose of the item, and the value of the thematic content of the ornamental motif.

The systematization of elements, motifs and ornamental compositions of various products of the national Moldavian art allows us to determine if they differ by stylized design and manner. Considering the semantic content of the patterns we are able to distinguish geometric or abstract designs, realistic or symbolic ornaments (mythological, religious, emblematic, etc.). Some ornamental motifs are common to many people. These include the motif, that symbolizes the sun, the tree of life, water, horns, a spinning wheel (a symbol of seasons change), etc.

The Moldavian folklore has a full variety of ornamental motifs. Symbols of the Moldavian ornaments have a special meaning, which is expressed in the importance paid to the then by the national craftsmen and in the frequency of their use in different genres of folk art.

The Moldavian folk ornaments are elements related to some old beliefs. For example, the ornaments that contain images of the sun, tree of life, man, horse, snake, cross, etc.

In the art of textile, as well as in other genres of art, the specifics of the Moldavian national style are preserved. Fabric patterns, especially carpet patterns, have their own style, which has its silent, yet obvious and rather concise language. Geometric or geometrized phytomorphic motifs dominate in most of the decorative fabrics, depending on the textile techniques. As for the thematic content of carpet designs, there are several most common groups: floral or phytomorphic, geometric, human or bird images, etc. In the floral décor, meander decoration of flowers, buds, leaves, branches, flowers, vases with flowers, tree of life etc. can be identified.

One can often find the geometric patterns, while the floral patterns are subject to geometrized simplifications. The most common are diamond, square, triangle, and rosette, straight, dotted, or other lines. Very popular are zoomorphic and airmorphic designs, such as fish, horse, ram's horn, stag, beetle, cancer, pigeon, peacock, cock, etc. They occur separately or in combination with other motifs.

Among the anthropomorphic ornaments the most common are the image of a woman (a symbol of fertility), girls' dance, boys' dance, palms. Among the previously mentioned motifs there are often pictures of various objects, tools (comb, chair, ladder, fork, a glass), monogram initials, year of establishment, the images associated with certain wedding attributes and rituals (groom's traditional bread called calach, bride's calach, ritual bread and others).

Fine wool and cotton fabrics intended for home decorating enjoy a rich ornamental gamut of geometric and abstract motifs. Among those are striped and checked wall rugs, loom woven rugs with different motifs, geometric designs or woven in two colors, striped runner rugs, towel woven using the technique where every element of a pattern is made with separate threads and the pattern is the same on both sides, their ornament depend on technique variations.

Often the patterns depicted on carpets and fabrics (flower vases, pictures of a rooster, a snake, a horse's head, horns, geometric motifs (diamond, square), the sign of the sun, water, jagged stripes, etc.) were repeated on carved wooden items. Ethnic instruments and technical devices decorated with carving, pillars and beams in buildings, posts and gates, wooden household dishes, old wooden molds for cheese, chairs, benches and chests for dowry, cupboards, tables etc. had a great art value. Craftsmen successfully combined a sense of proportion and form with a composition of decorative motifs carved in wood.

In ethnic ceramics there is a large variety of shapes and decorative motifs: the pots and utensils for food storage and preparation, tableware, bake ware, etc. Beside the fact that the Moldavian pottery is divided into two types (red and black), there are also certain variations depending on the way the ornament is applied: a drawing on white clay, debossed motifs, relief carving made with twisted cords of clay, flat figurines. The color gamut of vessels consists of a limited number of colors that are covered with the colorless enamel to make them shine. The ornamentation, colors and shapes of the Moldavian ceramics are the true cultural heritage.

The real state of ethnic arts and crafts is that most of the decorative items that were made in the past are now gone. Nowadays new things emerge in rural and urban areas. New products, materials, techniques take their own place in life according to the demands of time, in accordance with the new trends of technological development and radical changes in fashion. It is undisputed that folk art, representing a continuous process, going through the stages of transformation, while maintaining its own language, the diversity of forms and cultural expressions, always remains a source of inspiration. More detailed information about the unique nature of ethnic ornaments can be found in the sections of the project www.moldovenii.md, dedicated to the ethnic arts and crafts.