After the peace treaty concluded on 16 May, 1812, which ended the occurring at the time, but not the last Russian-Turkish war, the Ottoman Empire ceded to Russia its Bessarabian Rayas and did not oppose the transfer of the territory between Prut and Dniester, belonging to Moldova, to Russia.

Starting from 1812 the historical territory of Moldova was torn apart, the territory west of the Prut (not including Bukovina) and Walachia existed in different economic and social conditions compared to those of Besserabia, or the so called "Eastern Moldova". Walachia and the western Moldavian territory were under the Ottoman dominion in addition to the Russian protectorate.

After 1812, the Moldavians from Besserabia for the first time in history were exempted from taxation, feudal payments and obligations, including military service. The new new regime had kept the local legislation and dit not introduce serfdom. In 1822, a young Moldavian boyar named Ionica Teutal started a political movement, the purpose of which was to give the Moldavian boyars from the right bank of the river Prut the same rights which the boyars from the left bank had. 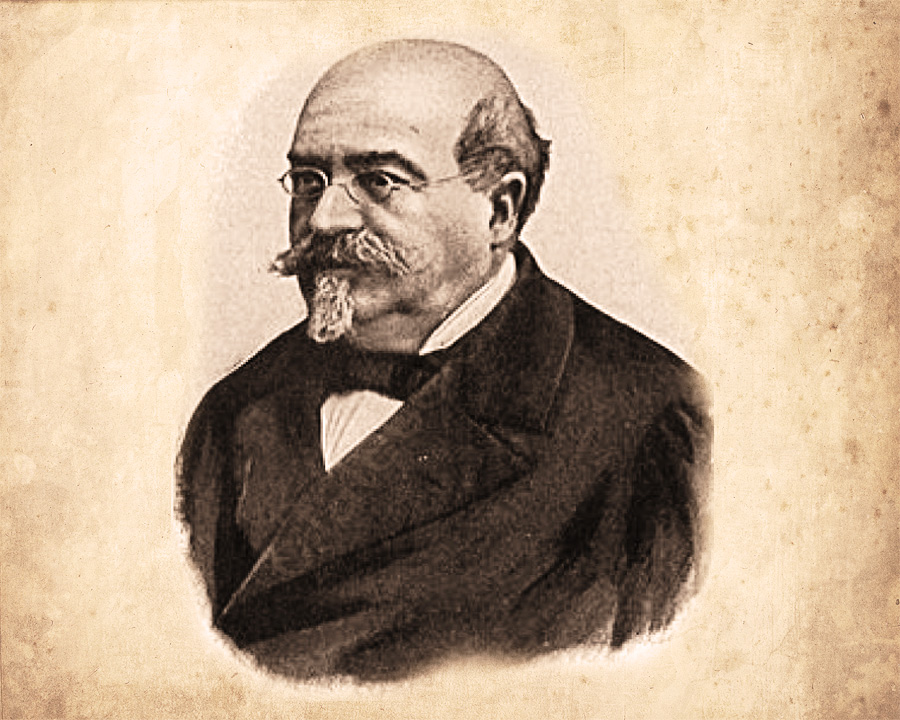 This movement also rapidly spread to Wallachia. The main idea behind it, was that of consolidating the forces of Moldova between the Carpathian Mountains and the river Prut (without including Bukovina) and Wallachia. This was expressed in various organic regulations – documents with constitutional prerogatives that were enforced in Iasi and Bucharest in 1831. They were innovative for their time, considering the events that took place in Europe in the middle of the XIXth century. The revolutionary riots from 1848-1849 and the Crimean War (1856) had drastic consequences for western Moldova and Wallachia. The role of the Moldavian elite from this period was significant. Writers, historians, publicists, boyars, trained in Moldavian educational institutions and foreign countries started the movement for the unification of the Moldavian and Wallachian principalities. Their actions became energetic and consistent, the chronological events, the participants and the reports in published documents demonstrate the dominant role the Moldavians played in this political opera with tragic consequences for Moldova.

The Moldavian elite, being more educated than the Walachs, building on its rich culture and history, and being well aware of the fraternal bond between the two nations, fearing for the future of their weakened state, led the movement for unification.

On March 1848 a group of Moldavian boyars, including Alexandru I. Cuza, M. Kogalniceanu discussed a manifesto. Later edited by M. Kogalniceanu, and published under the title "The wishes of the national party of Moldova". The initiators of this document strongly advocated the complete autonomy of Moldova, wanting the unification of the Principality of Moldova (without Bukovina) and Walachia. The "Revolutionary program of Moldavian people" was published May 12, 1848 and signed by K. Negri, the Alecsandri brothers, G. Cantakuzin, M. Costake, A. Rusu, Gr. Balsh, Zachary Moldovanu, G. Sion and others, the six paragraph of which envisaged "The Unification of Moldova (without Bukovina) and Walachia". "The Romanian revolutionary program of 1848", adopted on June 9, 1848 in Islaz did not include any idea of "unification" of Walachia and Moldova.

After the end of the Crimean War, marked by the treaty signed at the Paris Conference of March 30, 1856.The Great powers of Europe deprived Moldova of the Russian protectorate. Western Moldova remained under the authority of the European states. As a defeated country, Russia was deprived of access to the Danube river: the counties of Bolgrad , Cahul and Izmail were returned to the Moldavian Principality. These circumstances gave the greater part of the Moldavian elite additional incentives in its endeavors to accelerate the unification process. The young, romantically-minded revolutionaries, Alexandru I. Cuza, M. Kogalniceanu, V. Alexandrii, Z. Moldovanu, K. Negri and others, relying on the glorious past of Moldova, rich culture demonstrated enthusiasm, as they believed in the name of Moldova's prosperity.

Since September of 1857, during the elections of Ad-hoc divans (parliament elections, established by the Paris Conference on March 30, 1856) In Moldova and Walachia the first signs of concern appeared: the concocted in haste unification infringed upon the rights of Moldova, and the very existence of the principality was in danger. A great tumult arose in the Moldavian Principality. "There was a lot of talk... contradictory ideas" because "the boyars wanted the unification by agreement, and the young wanted the unconditional unification. As it was done", noted sorrowfully Ion Creanga in 1882.

Being confused by the Wallachian campaign for hasty unification, alarmed by "the schemes of Austria and Turkey, that attacked the Moldavians", Alexandru I. Cuza, M. Kogalniceanu and many other politicians were deeply concerned about the fate of Moldova. It became clear, that the unification, being impelled by foreign forces, "brought to Walachia only benefit...Moldova had to bring great sacrifices on the altar of unification, even its very existence as a state" (I.Lupash, 1937).

Wallachian frauds were quite quick to express themselves. Soon, "snide comedies and shameless lies" (I. Lupash) followed the cancellation of elections in Ad-hoc divans in Moldova. Something that went against the decisions taken at the Paris Conference on March 30, 1856. On the 24th of January, 1858 in Bucharest, Alexandru I. Cuza was elected the Ruler of Walachia, in spite of the fact that on January 5, 1858 he was elected the Ruler of Moldova. It seemed that the Moldavians will only benefit from such a turn of events: Alexandru I. Cuza, the Ruler of Moldova, also became the Ruler of Walachia. In fact, it was a Walachian conspiracy of young Moldavian revolutionaries-romantics, supported by the great powers. The Wallachian cunning plan led to disappearance of Moldova in a short span of time. The campaign for the total "wallachianization" of Moldavian culture had begun shortly afterwards.

Soon the Wallachian-Unionist Party had to focus on creating the "Great Walachia", disguised under the name "Romania". Prior to the creation of Romania, the uniting administrative functions were concentrated in Bucharest, as in the treaty signed at the Paris Conference of August 19, 1858, the unified state received the name of the "United Provinces of Moldova and Walachia".

Mikhail Kogalniceanu, was a Moldavian, an active instigator of the unification of principalities, was the Prime Minister of Romania for two years (1863-1865); in 1877-1878, he was the Minister of Foreign Affairs of Romania, but he was expelled from the Government by a Walach I.Bretianu, who became a Romanian.

Alexandru I. Cuza, was a Moldavian, an active fighter for the unification process, he was the first head of the Romanian State and ruled it for 8 years and 2 months. In February 1866 the so called "monstrous coalition" casted him down from the throne. The first and last Moldavian, Ruler of Romania, Alexandru I. Cuza, an active political figure was expelled from the country. and died in 1873 in Germany. The violation of the decisions made at the Paris Conference from August 19, 1858, the elimination of the independent principality of Moldova, the humiliation of the Ruler of Moldova, Alexandru I. Cuza and his expelling from the country, the enthronement of a foreign ruler, a stranger by faith, language and behavior, brought the outrage of Moldavian society to its highest point. As it is witnessed by the Romanian historian I.Lupash, the lawlessness committed by the "monstrous coalition" provoked the "strengthening of Moldavian resistance, which resulted in bloody clashes in Iasi..." The temporary Bucharest government, frightened by "the strong opposition of the people of Iasi, sent the Walachian General N. Golesku to Iasi with the decision to suppress any Moldavian resistance.

Some of the Moldavians were hardened against the foreign ruler and grouped around the boyar Nikolay Roznovanu, under the guidance of whom they organized the Separatist Committee. By their active propaganda they drew over to their side the Metropolitan Kalinik Miklesku. On the first Sunday of April (1866), when the Cathedral was crowded with people, the Metropolitan came out in front of a discontent crowd and went to the Administrative Palace. In front of the entrance, in the yard, the Metropolitan Theodore Boldur Letsesku delivered a fiery speech about the Rights of Moldova, calling the people to follow the Metropolitan Kalinik. But near the palace gates the crowd was met by Wallachian soldiers, who did not retreat in front of the protesters. One of the soldiers struck the Metropolitan with a bayonet. Kalinik cried out in pain, and then fell unconscious to the ground. The enraged crowd attacked the soldiers with stones, but was met with bayonets and forced back to the Cathedral. The rioting lasted until two o'clock in the afternoon, and was accompanied by large human losses, casting a sad appearance on the Moldavian capital.

During the years that passed since then, the Romanian (Wallachian) administration in Bucharest has made every effort to make the Moldavians forget about their name, language and history, turning the Moldavians people into a part of the regional folklore of Great Romania, assimilating the Moldavian culture and language and significantly impairing them by foreign words.